Every Nobody is Somebody

A mysterious but instantly likeable drifter arrives in a small Texas town and becomes a popular local hero with acts of selfless heroism.

Soon small town jealousies and envy lead the locals to reject him and Sam Doonby disappears as quickly as he came, leaving them to face terrible repercussions and wonder if he was no more than an illusionand how much difference one man’s life can make.

To Be or Not to Be

(that is the question)

Sam Doonby, a mysterious and handsome drifter, steps off an interstate bus and quickly becomes the talk of a small Texas town. After finding work at Leroy’s Country Blues bar, his musical talents make him a small-town star, attracting the attention of Laura, the beautiful but spoiled daughter of local doctor Cyrus Reaper.

Sam seems to always be in the right place at the right time to prevent disasters from happening in the town. Before long, jealousy and suspicion drive the townspeople to question his sudden arrival and motives. Finally, when Laura begins to doubt him as well, he disappears as quickly as he materialized. Soon, everyone realizes that there was more to Sam Doonby than they understood, especially Cyrus and his family as the doctor’s past comes back to haunt him.

These extended features exclusively available on this DVD only 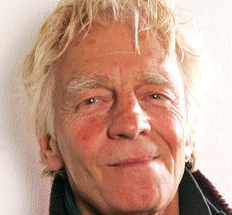 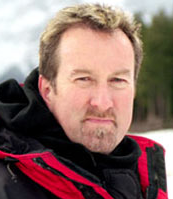 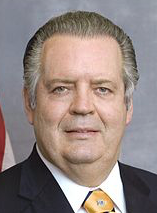 Up to the highest standards of Hollywood

Brilliantly weaves an intriguing tapestry of complex moral choices and their consequences” … “a haunting finale that will linger in your mind and obsess your consciousness as you tackle a puzzle that will challenge each and every perception or conviction while you experience forlorn feelings of speechlessness and shock but ultimately of liberation! 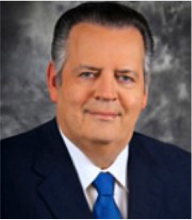 Doonby is engrossing and a really good film. It’s technically well done and up to the highest standards of Hollywood. Anybody who’s looking to be entertained will come away thinking they got their money’s worth. You will leave the theater and think about it numerous times after you’ve seen it. 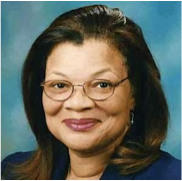 I recently had the opportunity to view Doonby and it left me thinking. The cliffhanger message at the end opens the way for reflection, revelation, and life changing decisions. Doonby has just won The Frank Capra Award in LA’s Life Fest Awards. Congratulations Peter! 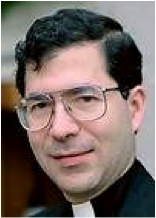 Doonby is not only an excellent pro-life film; it represents a crucial moment for our movement to bring the ‘issue’ of the importance of every person’s life where it belongs: away from abstract debate, and into the depths of our hearts and emotions. We should all get behind it 100% !

Doonby is a thought provoking and clever film which raises profoundly important questions. It takes its audience by surprise, challenges them and leaves them thinking. Brilliant cinema.

David Lord Alton of Liverpool, The UK Houses of Parliament 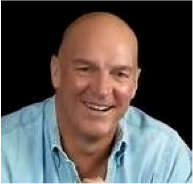 So memorable! Why can’t I stop thinking about this movie?   You’ll be having long, interesting and inspirational conversations with your friends about Doonby - I guarantee it. 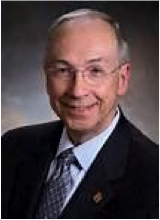 A compelling mystery with a surprise ending that will stun you!

Doonby is this generation’s, It’s a Wonderful Life. Everyone should see this thought provoking film. 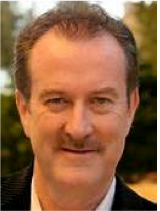 Doonby has a Sixth Sense type of surprise message that is important and makes you want to see the movie more than once.

If I could recommend two films, they would be The Tree of Life and Doonby. I guarantee they will be thought provoking.

In this day of worthless and violent garbage inundating movie audiences there comes a shining ray of light & hope & conviction, Doonby, that is also professionally entertaining. 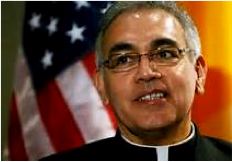 I am happy to endorse the motion picture Doonby. Thought provoking, the movie shows how one person can make an enormous difference in the lives of others 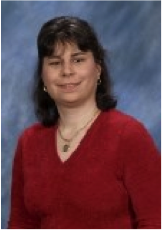 Doonby is a uniquely told story that will stay with you long after its haunting final image fades away. It makes you think about well-worn issues in new and striking ways. 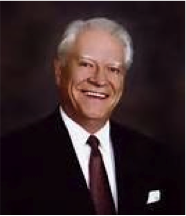 Doonby is a powerful and compelling story told with skillful excellence. It’s one of the best films of its kind in a decade. 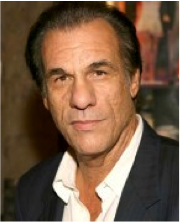 While there is always hype around projects one gets involved with, sometimes you get the feeling that one may actually be special and live up to its potential. I believe this is one of those times. Let Doonby into your lives--- it may have a profound effect. 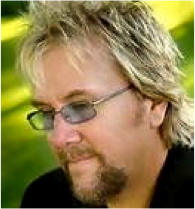 Doonby has a Sixth Sense type of surprise message that is important and makes you want to see the movie more than once. 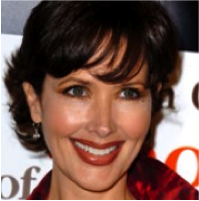 Doonby has a wonderful surprise ending. I was in tears. 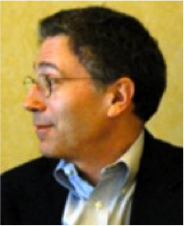 Doonby is an intriguing independent film on an important subject. We need more like it. 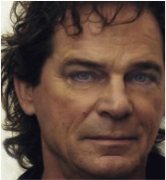 Doonby is a wonderful movie experience that expresses the beauty of life and its challenges. 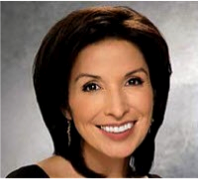 Doonby sticks with you long after the film ends. 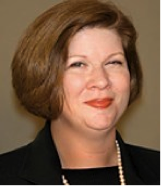 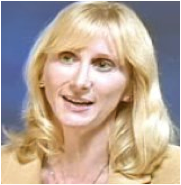 Doonby is a riveting story that, as its final surprise unfolds, leaves you wondering could he be someone I know?

What the Press have said

The Cast and Crew

John Schneider was born April 8, 1960 in Mt. Kisco, New York. He began acting at the age of eight and was in many plays in New York. He moved to Atlanta, Georgia when he was fourteen and became involved in the local theater. Schneider later landed a small role in Smokey and the Bandit starring Burt Reynolds. His big break came when he won the role of Bo Duke on The Dukes of Hazzard.  Other credits include starring and guest roles in television shows Dr. Quinn, Medicine Woman, Desperate Housewives, Smallville and Nip/Tuck. In addition to his vast acting career, he also became a very successful country singer and is the co-founder of The Children’s Miracle Network.

Growing up in Benton Harbor, Michigan, Earnest Lee Hudson always had a passion for drama. He attended Wayne State University where he received a Bachelor of the Arts Degree after studying writing and acting. He later went on to earn an M.F.A. from the Yale School of Drama. A seasoned veteran of the acting world, Hudson has appeared in Fantasy Island, Little House on the Prairie, Taxi, The A-Team, ER and Law and Order. Hudson is perhaps best known however, for his movie roles in The Hand That Rocks The Cradle, Miss Congeniality and as Winston Zeddmore in Ghostbusters.

Robert Davi is one of the film industry’s most recognized tough guys both on the silver screen and television. Davi has studied with such acting greats as Stella Adler and Lee Strasberg. His big break came when he was cast opposite Frank Sinatra in Contract on Cherry Street. His many credits include Die Hard, The Goonies, Son of the Pink Panther and License to Kill. He has also worked with Marlon Brando, Clint Eastwood, Blake Edwards, and Steven Spielberg just to name a few. Davi also spends his time volunteering for charities such as The Dream Foundation and Exceptional Children’s Foundation as well as being the national spokesperson for I Save America.

Jennifer O’Neill, Scanners, Summer of ’42, Rio Lobo, A Force of One

Born in Rio de Janeiro, Jennifer began a successful modeling career in New York just aged 15 and soon developed a love of acting, landing her first role in For Love of Ivy in 1968. This brought her to the attention of director Howard Hawks who cast her in Rio Lobo, starring opposite the legendary John Wayne. She landed her biggest and best known role shortly afterward playing the lead of Dorothy in the Academy Award winning The Summer of ’42. Her other successful films include Lady Ice and Scanners. O’Neill has served as Chairperson for the American Cancer Society and has worked for a number of other well known charity groups. She has also written an autobiography Surviving Myself.

The brother of Martin Sheen and uncle of Emilio Estevez and Charlie Sheen, Joe Estevez has over two hundred films credited to his name. A much sought after voice-over actor, Estevez has also hosted numerous documentaries and continues to have a love for stage acting as well. Some of his credits include Soultaker, San Franpsycho and Death Row.

Will Wallace, The Thin Red Line, Broke Sky, I Am Sam

A man with vast interests in the entertainment industry, Will Wallace has been credited not only as an actor, but as a producer, writer, and director as well. Will is a producer with Sunflower films as well as director of the Will Wallace Acting Company. Wallace is most notably known for his roles in the films The Thin Red Line, Broke Sky, Spanish Fly and I Am Sam. He also appeared in Terence Malick’s The Tree of Life.

Peter has produced and directed features that have been distributed globally including Merchants of War and Mission Manila and has written and developed a large portfolio of projects. Several of these are currently being packaged including Finklestein’s Miracle, a hilarious comedy also set in Texas and the steamy preacher movie South of Memphis. He has also co-written the paranormal thriller The Wedding Present set in atmospheric New Orleans. Peter spent many years writing and developing the very thought provoking Doonby and then assembling a great cast to help him tell this very important story.

Mike produced a number of highly successful international commercials in various countries including UK, Ukraine, Malaysia and Nigeria.  His earlier ground floor feature experience  includes The Mummy Returns. He worked on the development and packaging of the projects in the portfolio including Doonby which he produced in Smithville, Texas.  Mike is now intimately involved in the marketing process.

Peter’s is one of UK’s top cinematographers and his bio is littered with major blockbusters including three Bond movies Die Another Day, The World is Not Enough, Quantum of Solace and more recently Skyfall.  He also worked on Troy, Cold Mountain, Lara Croft Tomb Raider and Hot Fuzz. His lighting and cinematography on Doonby has made this a must watch experience.